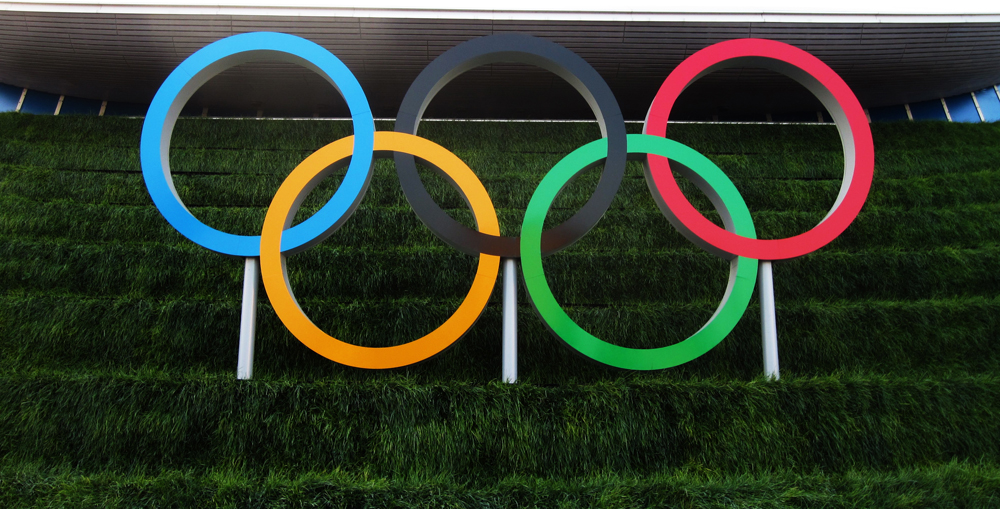 The Olympic Rings at The Aqua Centre London Olympics 2012 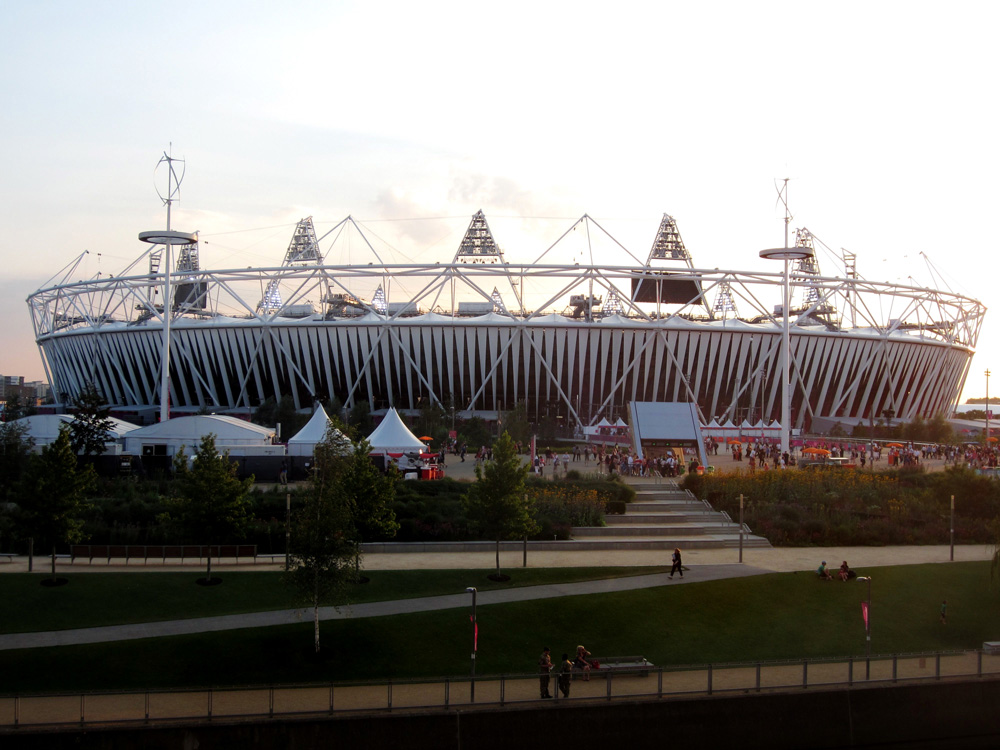 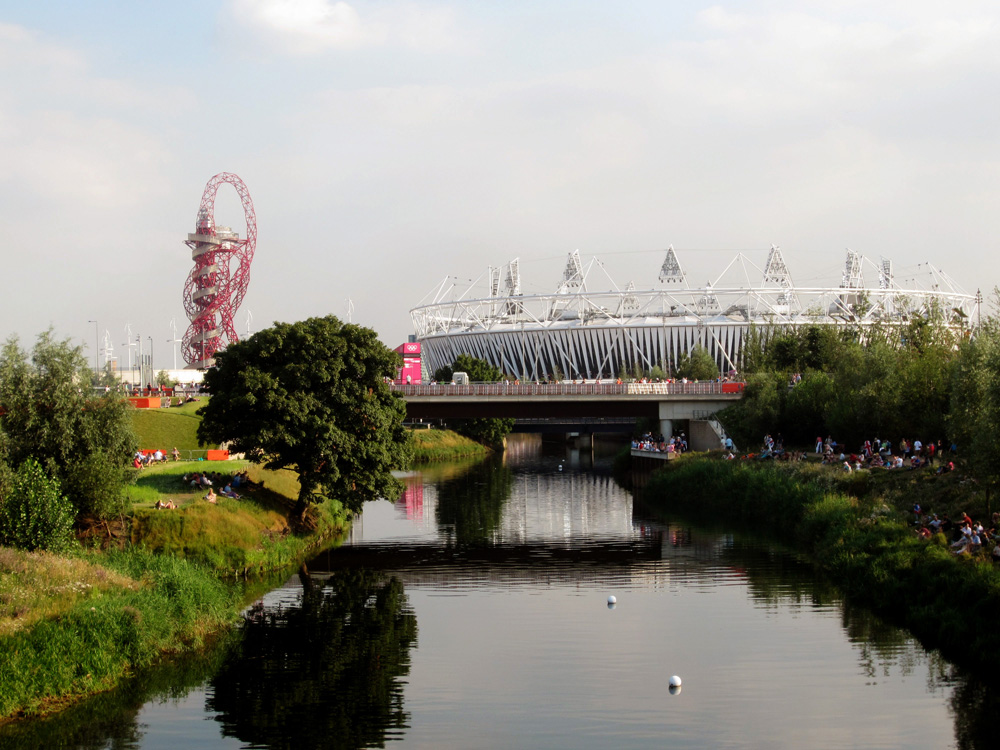 We loved the mix of natural elements with industrial textures. 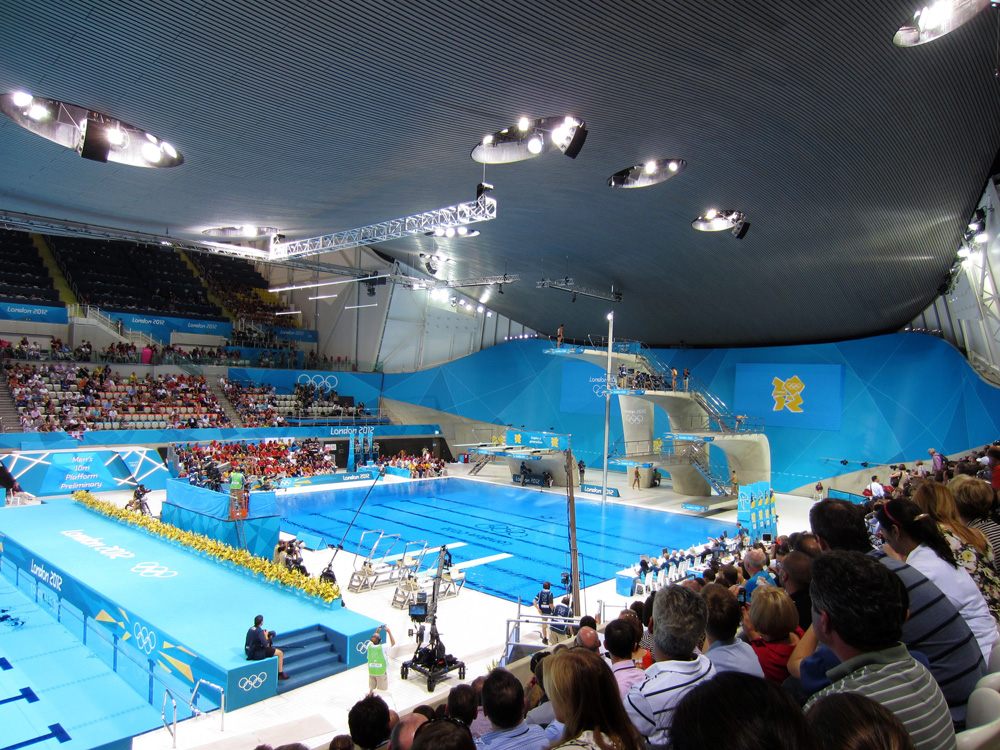 "Go Tom" .. That is Tom Daley qualifying. No really it is. 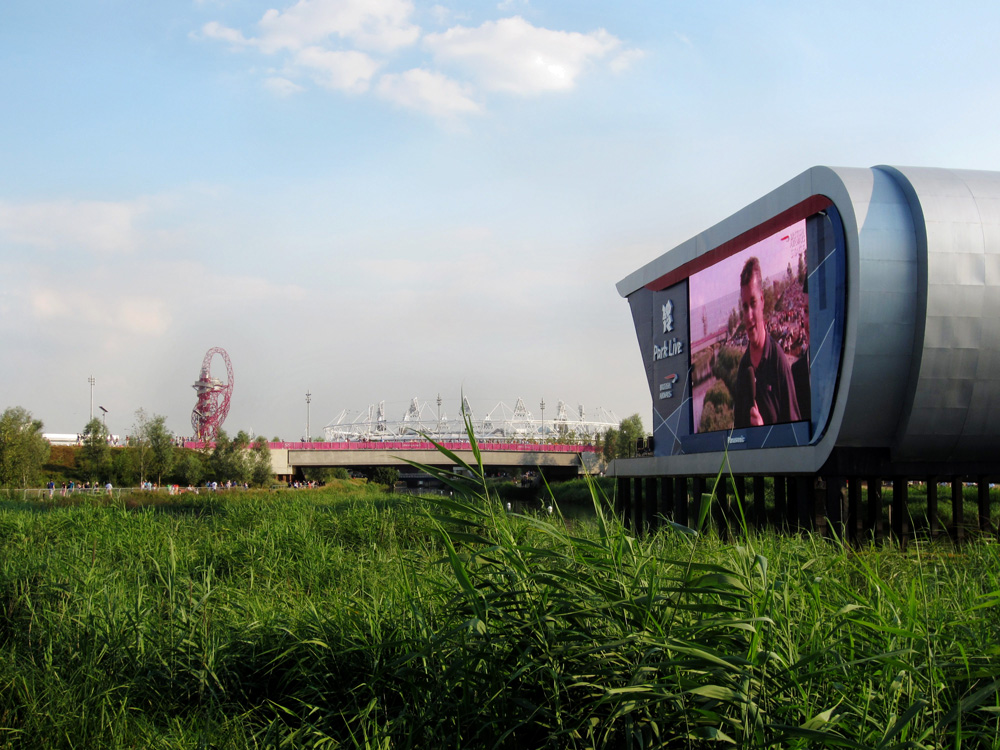 We think we know someone who'd find a use for that Television Screen. 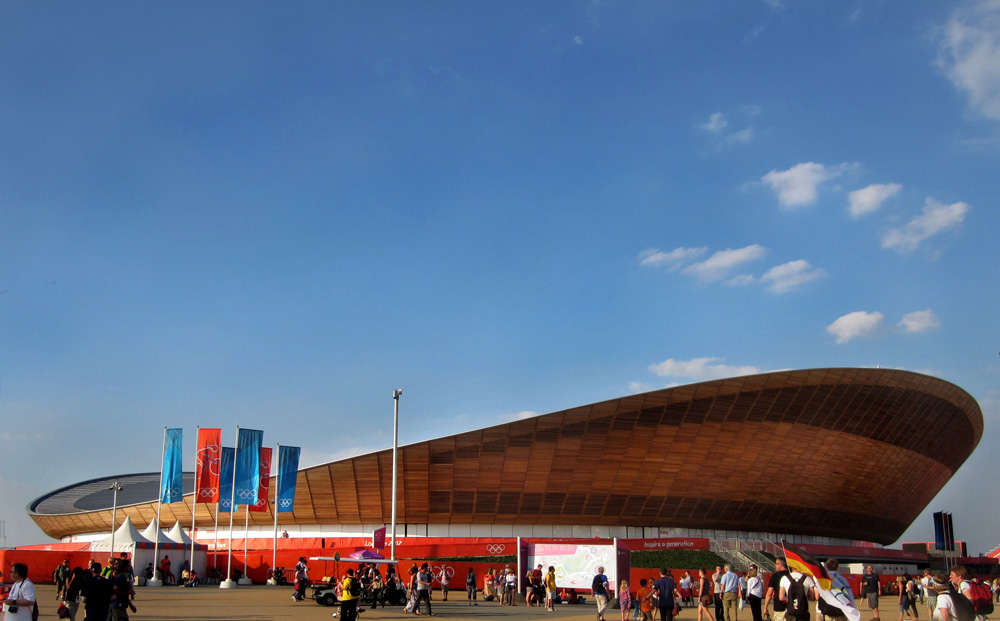 Loved the shape, texture and international atmosphere around The Velodrome 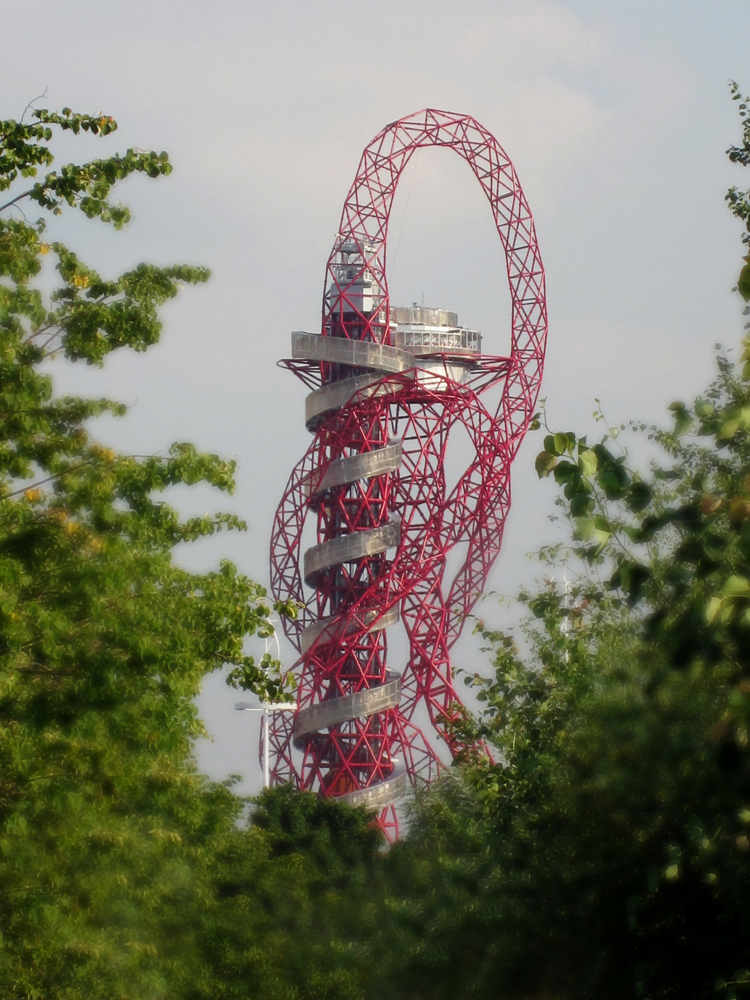 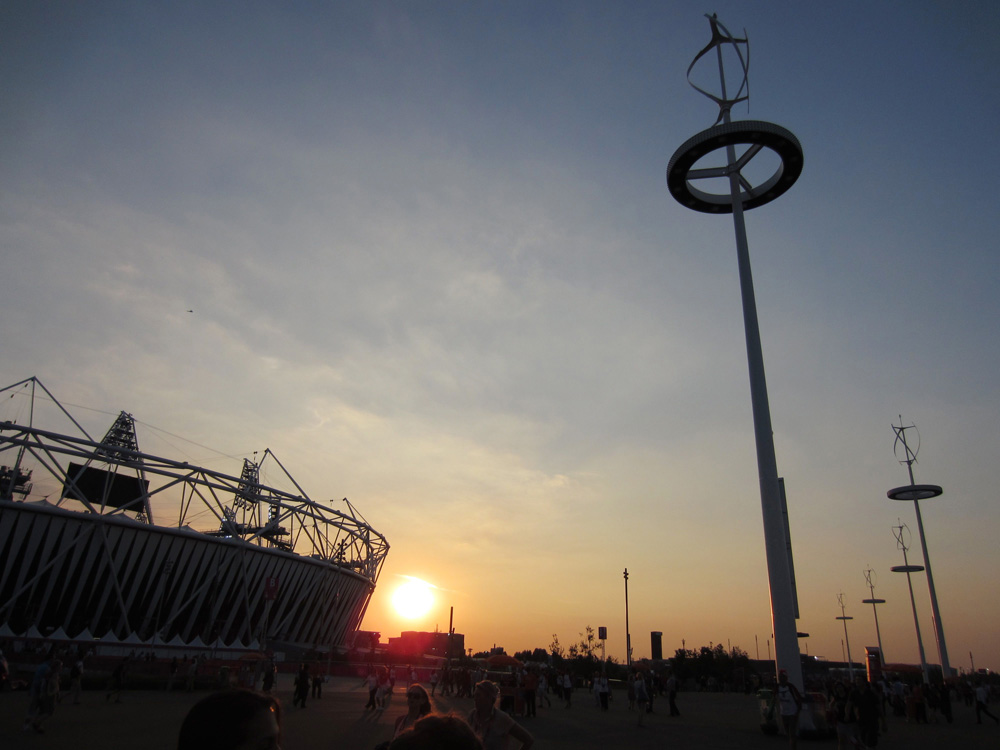 Sunsetting on an amazing day at London's Olympic Park 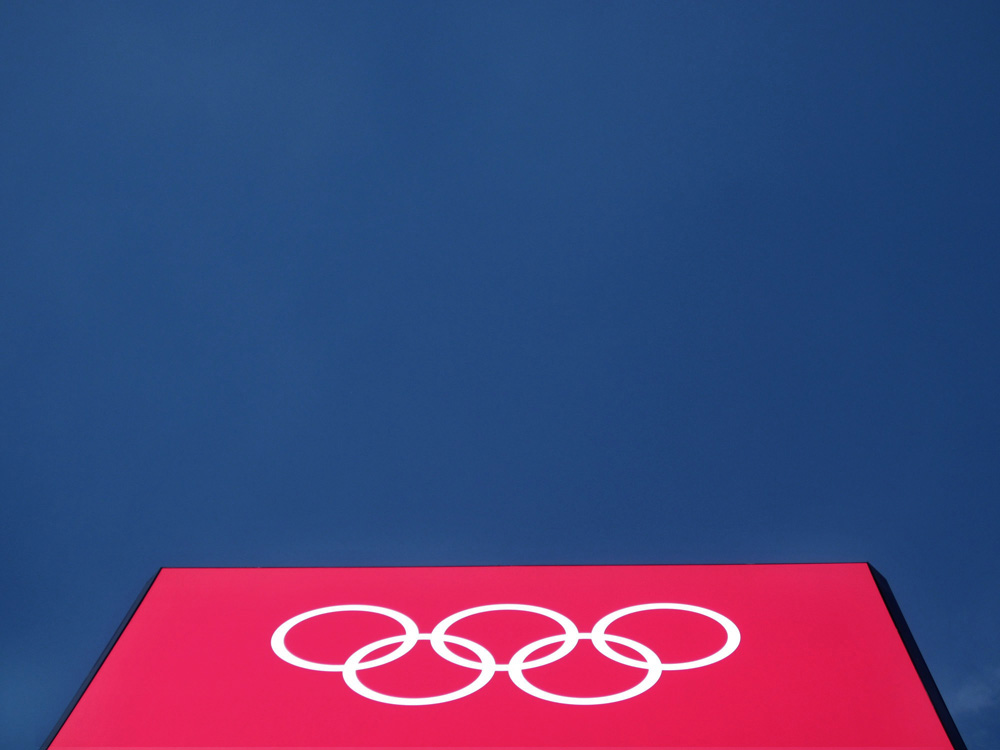 Thank You London For an Amazing Olympics

Our very own intrepid London interior designers  Mark Howorth and Andrew Fleming were lucky enough to be invited for a spectators’ day at the Men’s Diving Semi- Finals at London 2012 Olympic Games. They assured the rest of the team in the office that it was all for business purposes, “purely to check out Olympian interior design” Mark assured us. “No pleasure at all.” Not everyone believed him.

After a healthy, athlete’s lunch of champagne and canapés, our dynamic design duo took time out for a quick stroll around the Olympic Park. Mark, in particular, was keen  to inspect the quality of the architecture, the design and the project management of the incredible event that London 2012 has been..

Starting off at Anish Kapoor’s ‘Orbit’, passing the stadium with it’s roaring crowds, Andrew and Mark headed through the viewing park before arriving at their favourite buildings – the Velodrome and the Basketball arena. After a little stop off for some sushi and beer our boys headed back through the gardens to take their seats in the splendid Aquatics Centre designed by world renowned architect Zaha Hadid…. all just in time to watch Team GB’s very own Tom Daley qualify for the next day’s final. A tough day gentlemen. We don’t know how you managed it.

As Mark commented after a truly memorable day, ” Of course it’s about the sport and Team GB’s achievements are terrific. However these Olympics have also made me incredibly proud of our design ability in this country. Everything here works. The signage, the graphics, the integration of the plants and wild nature in the park to the basketball arena’s simple yet effective cover are all something that can inspire trust in British design, architecture and build project management for years to come.”