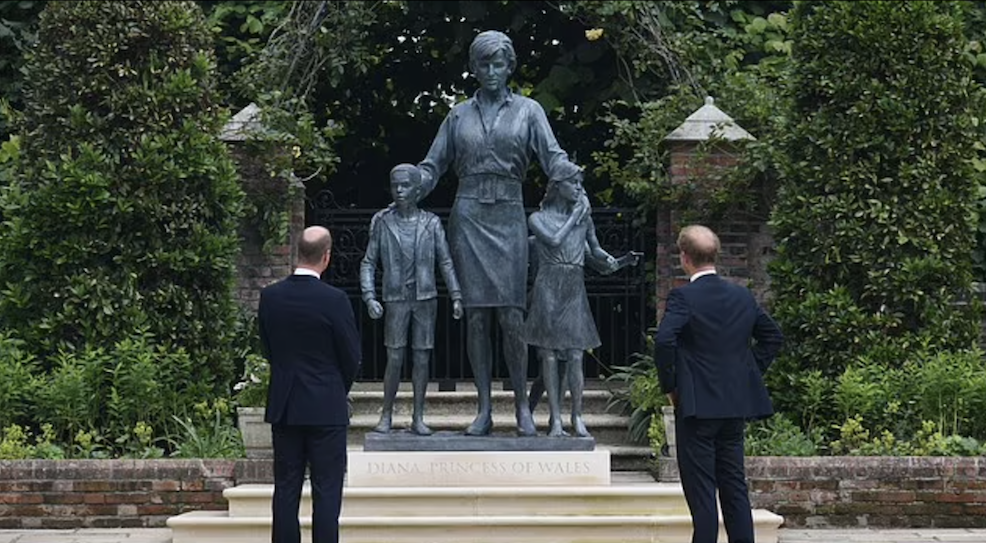 On what would have been her 60th birthday on July 1st, the hearts of the world once again turned their attention and affection towards the late Princess Diana in the unveiling of a statue at her favourite Sunken Garden at Kensington Palace.

As her devoted sons William and Harry unveiled the statue made in “honouring her life and legacy” through a stoic and modest representation of Diana standing and embracing the 3 children at her side amidst her sacred garden filled with her favourite flowers. 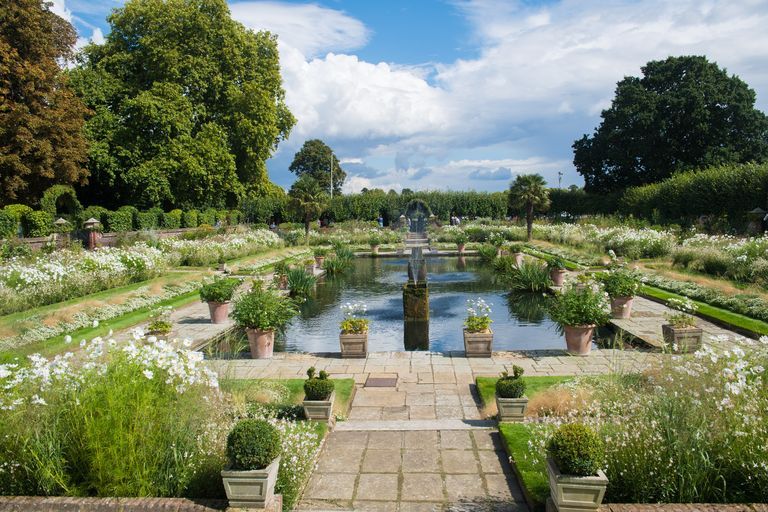 The sculptor,  Ian Rank-Broadley, whose work has been in the hands of every Briton as he designed the image of the Queen that is on the coins in the UK wanted to “capture her warmth and humanity while showcasing the impact she had across generations.”

And an impact he indeed wildly succeeded as mixed reviews instantly flared up with his attempt at conveying Diana’s ‘ warmth, elegance and energy’ as he intended to do.

The principles of true art is not to portray but to evoke. – Jerzy Kosinski

‘Spiritless hunk of nonsense, grumpy, doesn’t capture her magic’, are some of the expressions landing across UK headlines as this tributary piece of artwork is prompting a larger question of what art actually is.  Critics, experts and the art community expressing unabashed rancour and utter disappointment.

As the old adage goes “Art is in the eye of the beholder, and everyone will have their own interpretation.” by E.A. Bucchianeri from Brushstrokes of a Gadfly, we can surmise the expectation of a divided camp in such example as the statue of the late Princess because to depict such a world respected, admired and loved icon is certainly a tall order, especially when working alongside the two people that loved Diana the most, her sons.

By definition, Art, also called (to distinguish it from other art forms) visual art, is a visual object or experience consciously created through an expression of skill or imagination.

And its purpose, to convey meaning, dates back to most of our known humanity, starting with cave art.

So while these timeless pieces capture and share eternal feelings or moments of life, it inherently carries the opinion or translation of the perspective of the artist creating the piece. 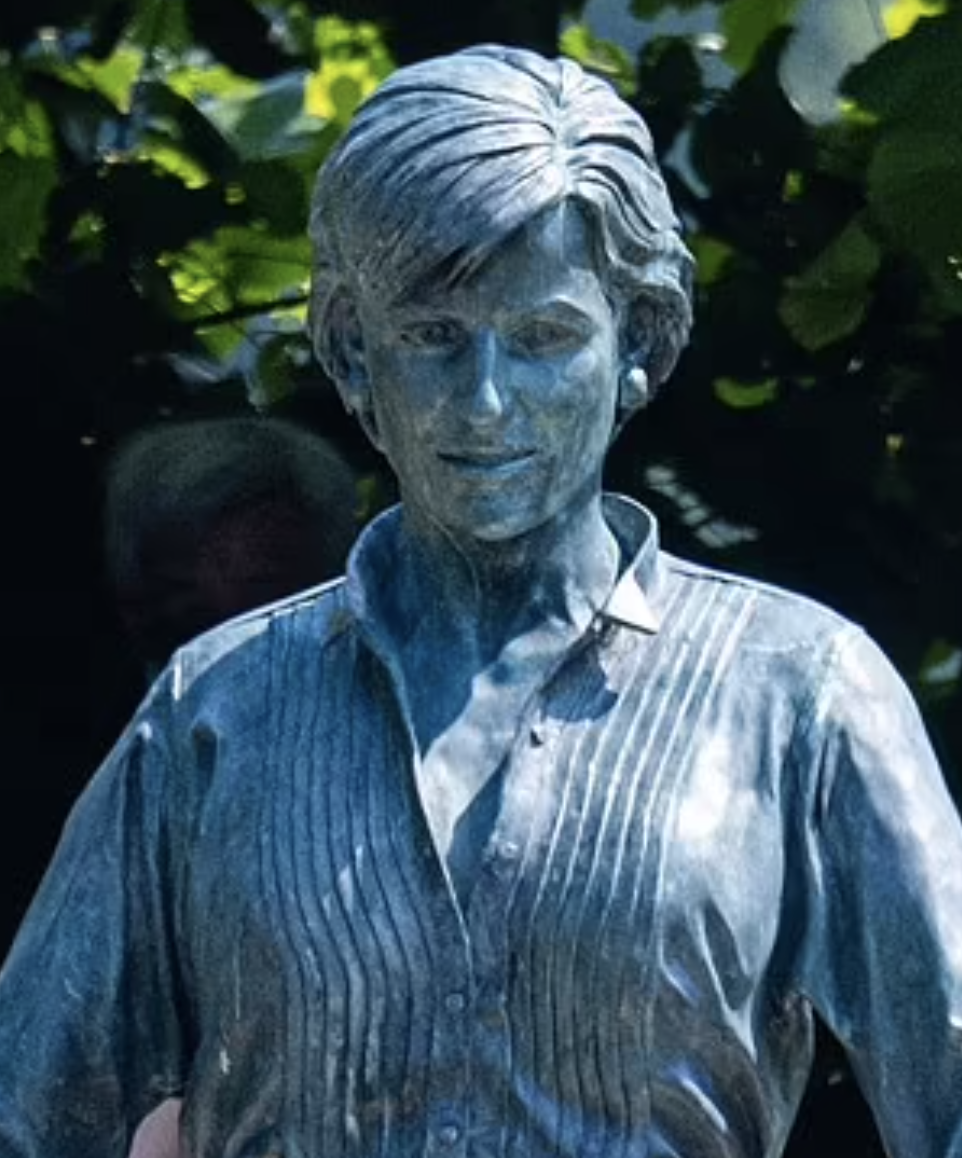 So in the example of the sculpture of Diana, the brief by the royals was to create a piece that represents her humanitarian legacy and impact. Kensington Palace wanted her ‘warmth, elegance and energy’ conveyed.

Yet the sculpture shows a version of Diana, without her famous smile, without a flowing gown, and instead a serious facial expression with simple and smart attire. A stark contrast from our visions of what a royal should look like and certainly opposite of what we all envision a royal ‘princess’ to look like.

However, as Diana was known as the ‘People’s Princess’, perhaps Ian Rank-Broadley purposely held back on the glamour, royal tradition and anything that represents a royal British monarchy.

A monarchy where Diana clearly never felt at home.

Because in this light, there is no distraction from the underlying truth; the honour of a simple woman who valued human life and explicitly gave love that is required to protect that, not only with her own sons, but with the world at large.

The question then becomes do we consume art from our expectations or from what is actually being expressed, whether overstated or understated, simple or complex, basic or grandiose? And can we see that truth beyond our beliefs and expectations?

Art, an unveiling of a truth that lies in the eyes of the beholder, evoking us and challenging us to see that truth.

What do you see?

We asked a couple of artists and galleries we work with to answer this same question, here are their perspectives.

“The enormity and emotional expectation associated with this commission cannot be underestimated. A figure so publicly revered as Diana, would prove a very difficult subject matter for any artist.

The finished result with its conservative nature, while disappointing, probably fulfils the brief as a piece of public sculpture which can be appreciated by the majority.

From an artist’s point of view, in my mind, compositionally, I feel that the central figure is far too big. Her proportions are quite masculine and lumbering. Had she been in an elevated position, on a plinth, these large proportions might have been more successful, but at eye level, it feels confusing. I also despair at the Dickensian style ‘urchins’ which surround her. 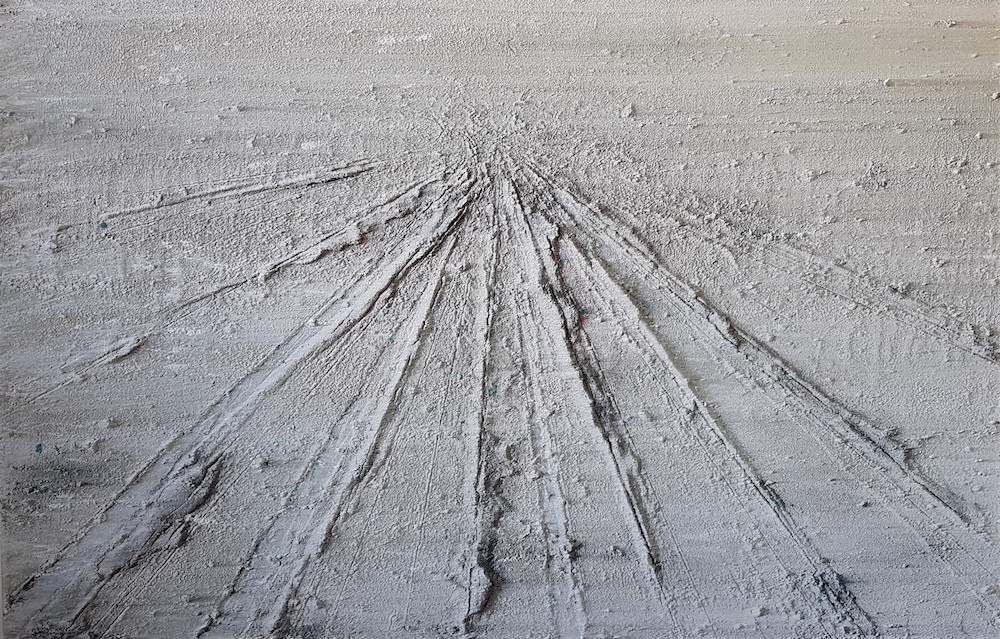 Their appearance seems quaint, dated and quite disconnected from the central figure. To immortalise a public figure in bronze so associated with vitality and vibrancy during their lifetime, is a very difficult ask. This is no war memorial,. This is an attempt to capture a plethora of human frailties and strengths as a part of a story which ended in tragedy. The weight of that subject matter is enormous.

This project bought to mind the recent controversy with Maggi Hambling’s portrayal of Mary Wollstonecraft. How should women be commemorated as statues, as a figurative portrayal? or as Maggi suggested as the ‘Every Woman’? its an interesting debate and I am not sure that either of these works answers those questions succinctly.

What would I have done differently? I would have run away from this commission as fast as my legs could carry me..!”

“Ian Rank-Broadley is an Institutional favourite that’s for certain, being a designer for the royal mint. His previous work such as Lord Rochester, His Whore & a Monkey, Josephine Baker in full dancing swing, The Armed Forces Memorial and now Diana… The memorial depicts a clunky looking Diana shielding three children of the world. The statue is larger than life and sculpted to depict her exact likeness, understandable as her sons commissioned the work. The addition of three children seems to have been a hasty and confusing decision, was the artist worried she would be a figure standing alone?

Perhaps, Rank-Broadley could have borrowed Maggi Hambling’s material from her hotly debated sculpture of Mary Woolstencroft on Newington Green, 2020. Hambling depicted an allegorical figure of feminism, a woman rising up on a wave of silvered bronze. This material gives the work (whether the nudity is relevant or not) an ethereal and modern appearance.This method of material could have emboldened the Diana statue, allowing the lumpen bronze to project more of a celebration of her life.” 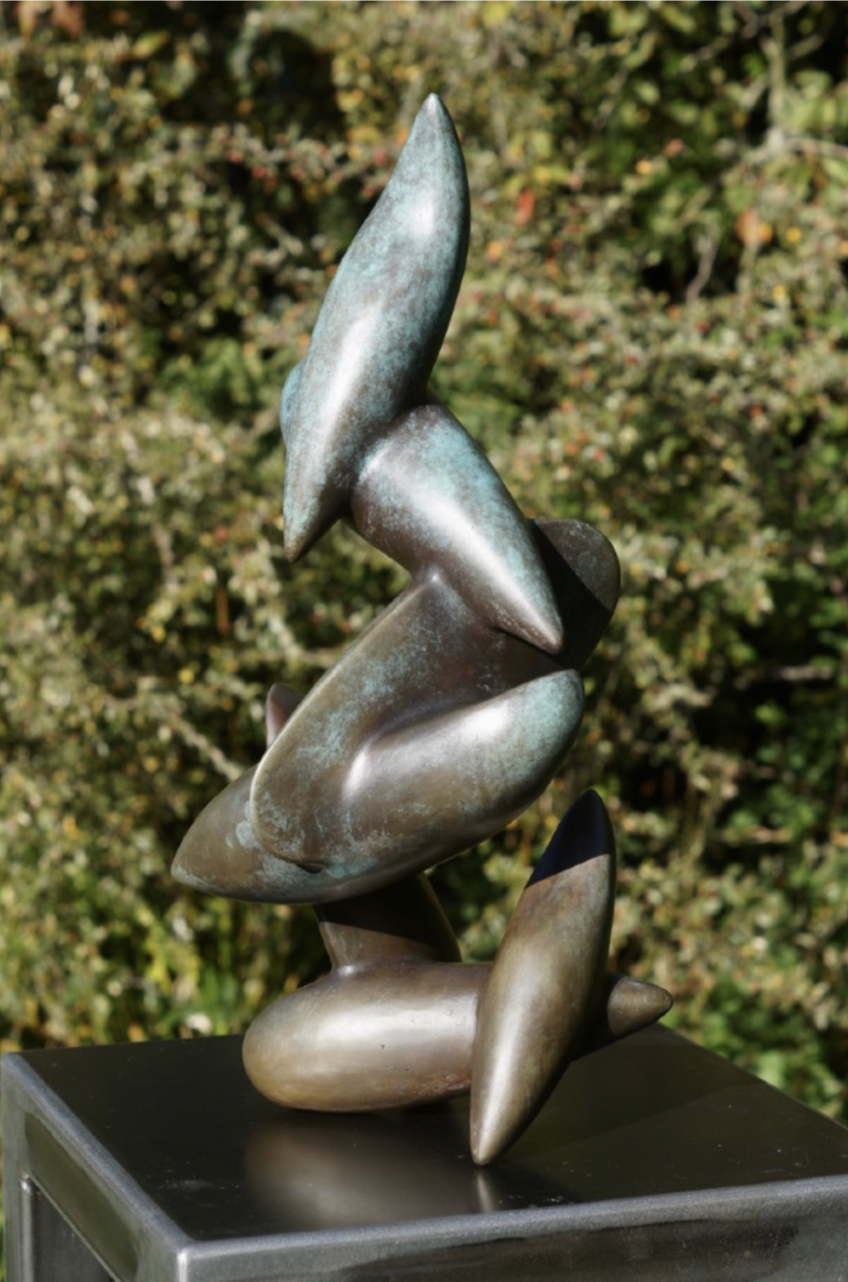 Young Artist Partnership aims to support young artists on their career path, providing a forum for their works, mentoring with existing artists, and showing them how to commercialise their practice. 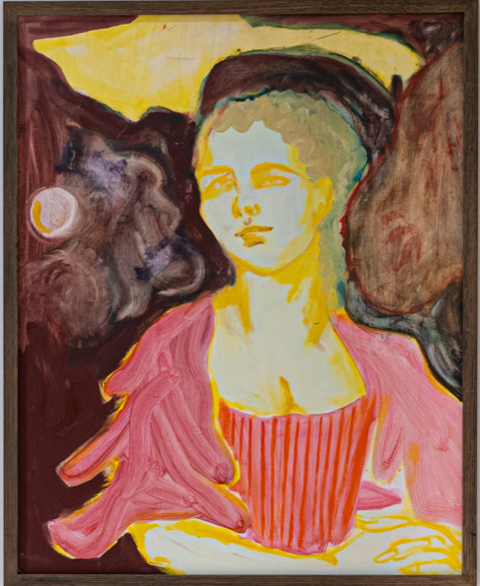 With an online presence and skilfully curated exhibitions they endeavour to make ‘young’ art accessible to all and to provide a market for collectors and those interested in supporting artists starting out and growing their careers. 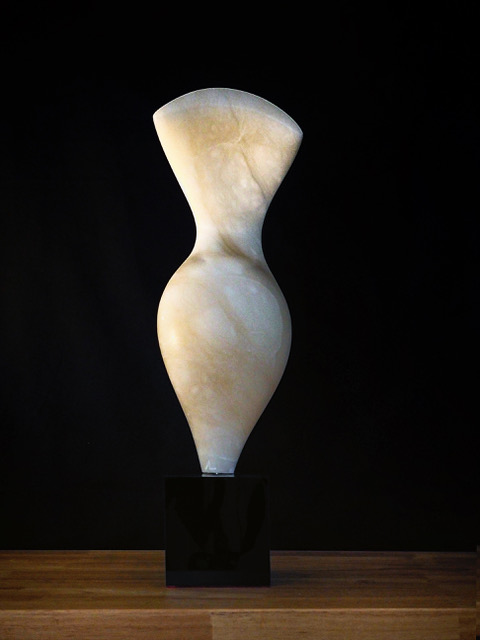 Showcasing our talented tribe of Emerging and Emerged (Guest) Artists latest artworks, we support charities including: Article 12 Arts, and St Mungo’s. Article 12 Arts provide creative materials and opportunities for young refugees, children in need and those seeking asylum to enjoy and express themselves. 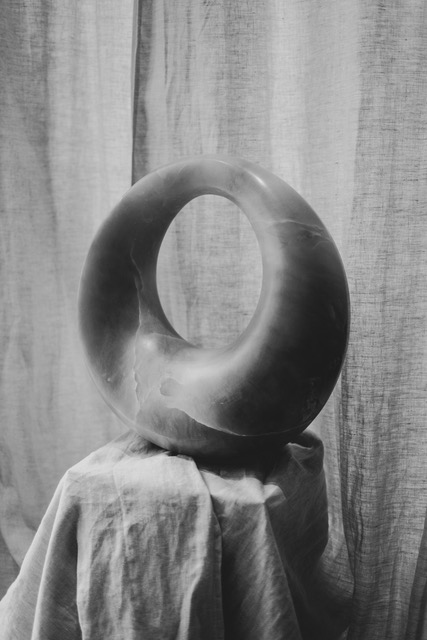 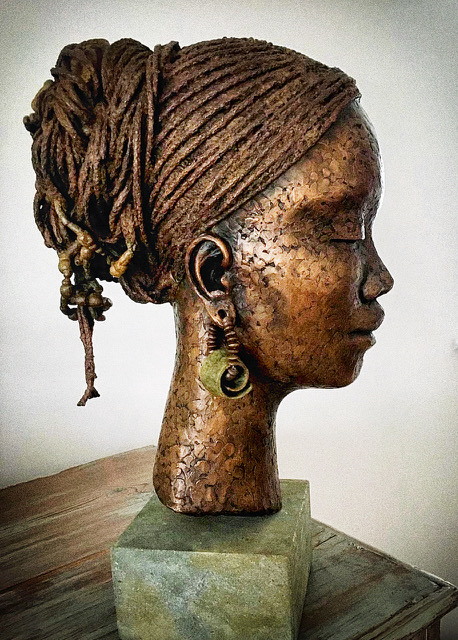 St Mungo’s works to prevent homelessness and support people at every step of their recovery from homelessness.

As art plays such an integral and influential role in society, when we question the perspectives of art, especially public works, we examine the notions of symbolism and their expressions to clarify our sentiments not only for our personal understanding, but moreover as a timestamp for a connected global society in that moment in time.