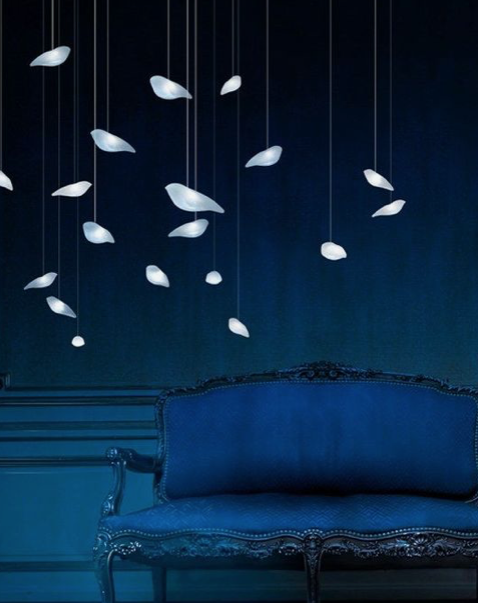 The January Blues…the infamous period after the rush of the holiday season that bestows upon us moments of nostalgia and temporary sadness.

Rooted from the usual suspects of spending quality time with loved ones or their absence, our sluggish bodies recovering from the aftermath of sinfully rich holiday meals and spirits, while the prospect of new years resolutions loom over us.

And of course the sigh of getting back to work after holiday rest.

No wonder we feel blue! While the good news is that it is not a lasting condition, we do acknowledge the weight that the January Blues can carry on our emotions.

The concept of identifying our moods around the colour blue is quite interesting.

Donned one of the most favourite colours in the world normally because of the sea and sky, blue psychologically offers a feeling of serenity and calmness. 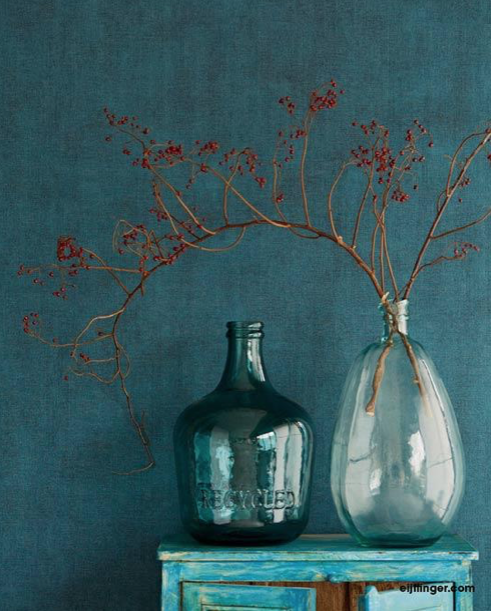 It can foster feelings of tradition and conservative esteem, and curiously can boost our productivity as well as bringing down our heart rate.

Blue’s non-threatening nature gives us a sense of stability. 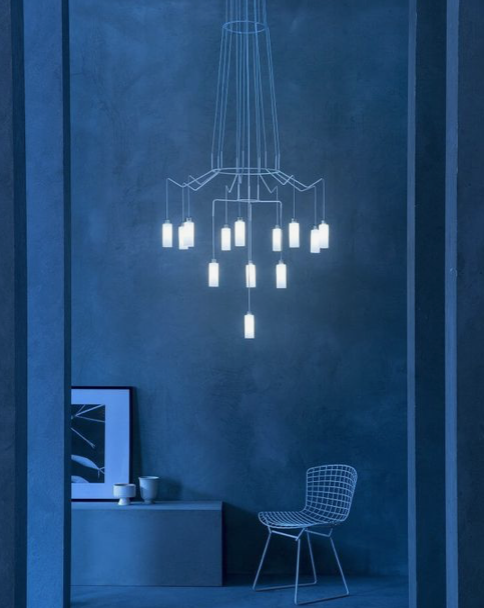 And yet, while blue can subconsciously prompt us with feelings of appreciation and beauty, its paradoxical emotions of sadness and aloofness are just as deliberate. 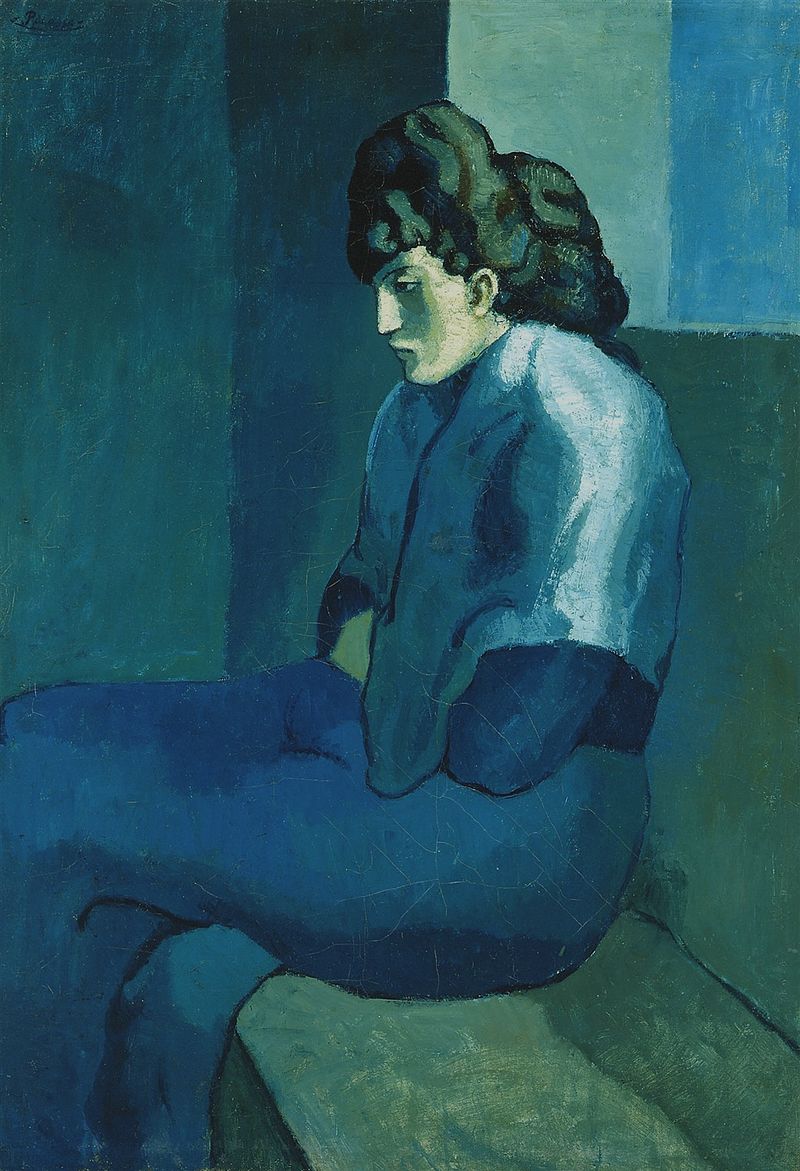 The gloomy and monochromatic blues that pervaded Pablo Picasso’s works during his blue period from 1901-1903, carried melancholic themes of despair and loneliness.

And just like the cliche of the starving artist, Picasso became poor because no one wanted to buy his depressing works of societal anguish for their homes.

Curiously, according to historians, the colour blue is not mentioned at all in the Greek texts. Scientists have even formulated the theory that perhaps blue wasn’t even colour seen by early humans. In the ancient greek poem the Odyssey, Homer actually references the sea as “wine dark”. 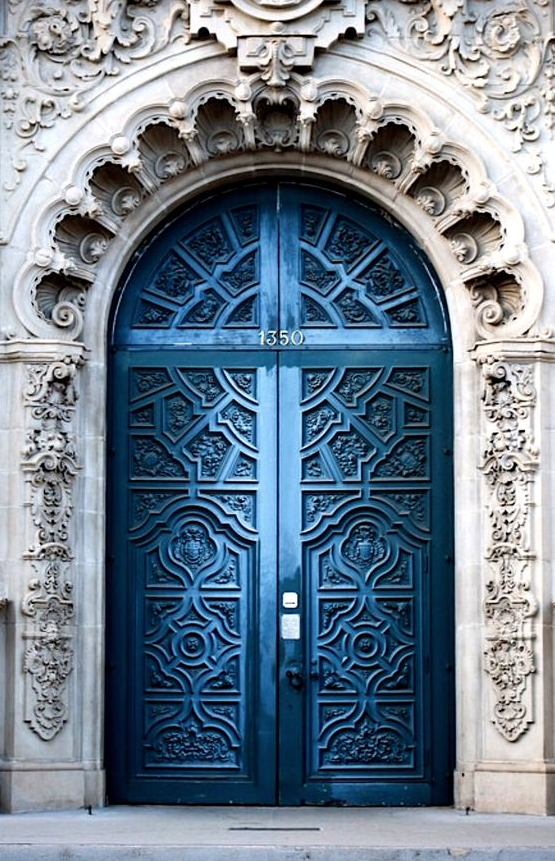 The iconic blue doors of Morocco.

Culturally, colours are not universal in the feelings they invoke or how they are perceived.

For the Moroccan culture, the colour blue serves a more functional purpose for reducing the heat and mosquitos as in the case of the blue village of Chefchaouen which eventually led to its becoming an iconic destination for their inspiring ethnic tones of blue. 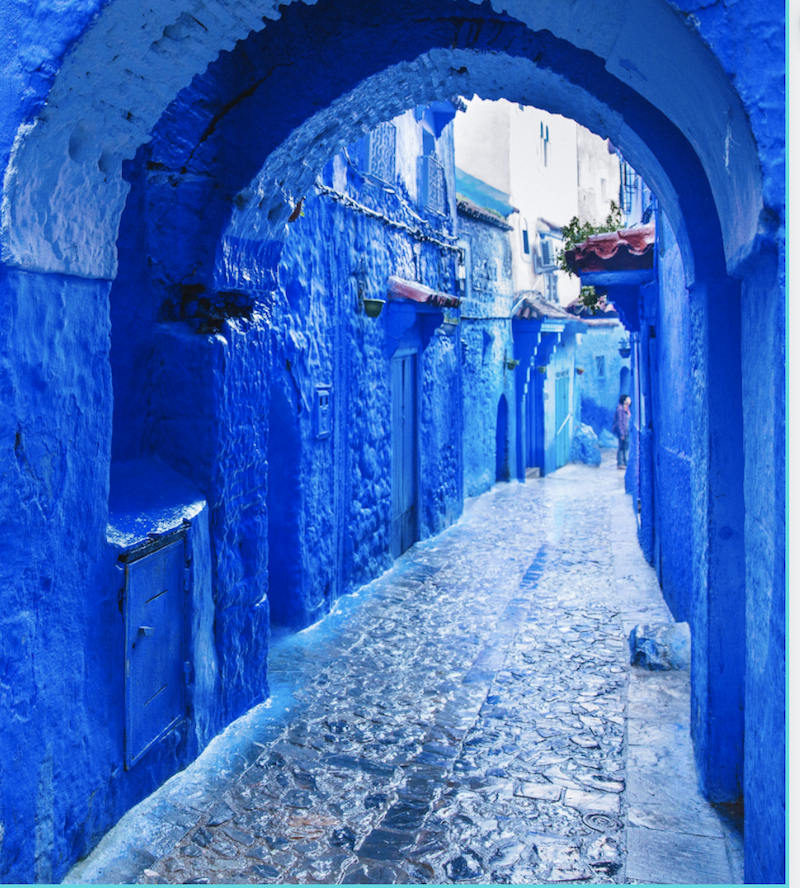 As we revisit the concept of the January Blues, we find the inspiration to redefine its compelling artistic notions that embrace us not only with its beauty, but moreover with the earnest emotions of composure and peace of mind. 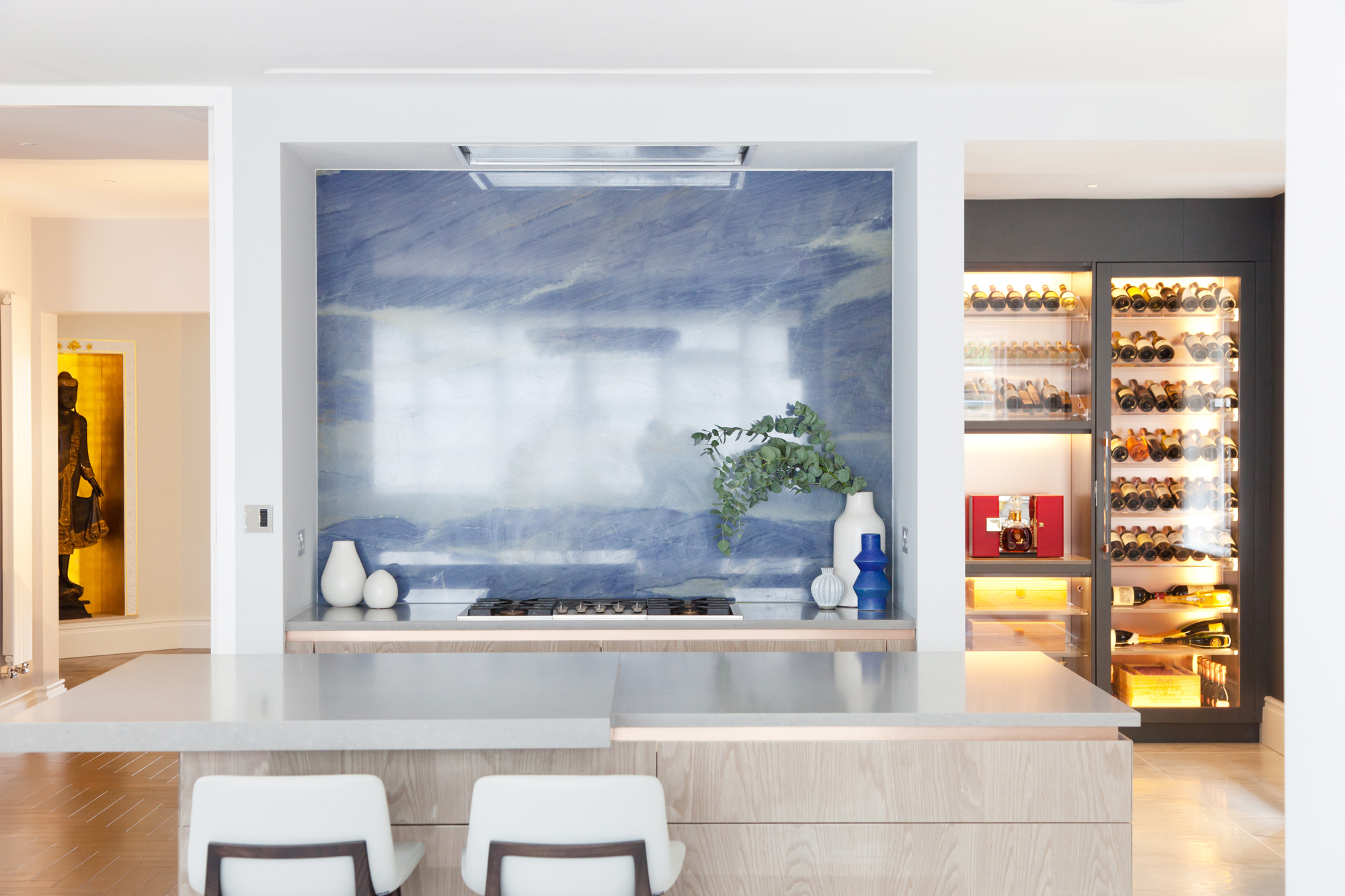 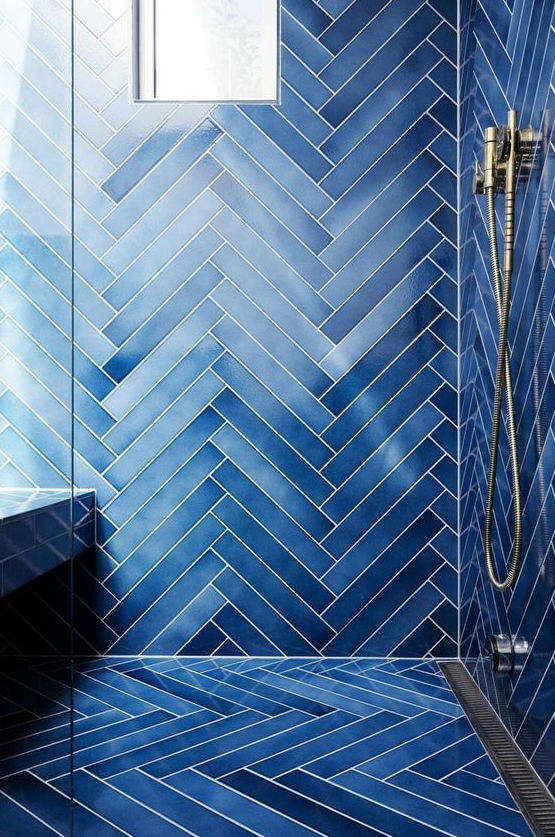 In the depth of its hues, lies the quietude and tranquility we desire. 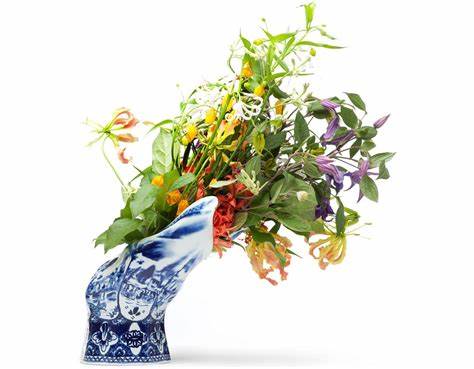 The Blow Away Vase by Moooi. A classic Royal Blue Delft porcelain vase. “The beauty of the vase lays in the fact that it is bent and not defeated.”

The January Blues are then a catalyst that serves us as a reminder of our ability to shift our focus to a different perspective imbued with affirmative sincerity in all its forms.

The narrative given by Moooi for the beauty of the Blow Away Vase best illustrates this lesson especially during these times of, “being bent, not defeated”.

Here are some of favourite Blue decor selections from our suppliers: 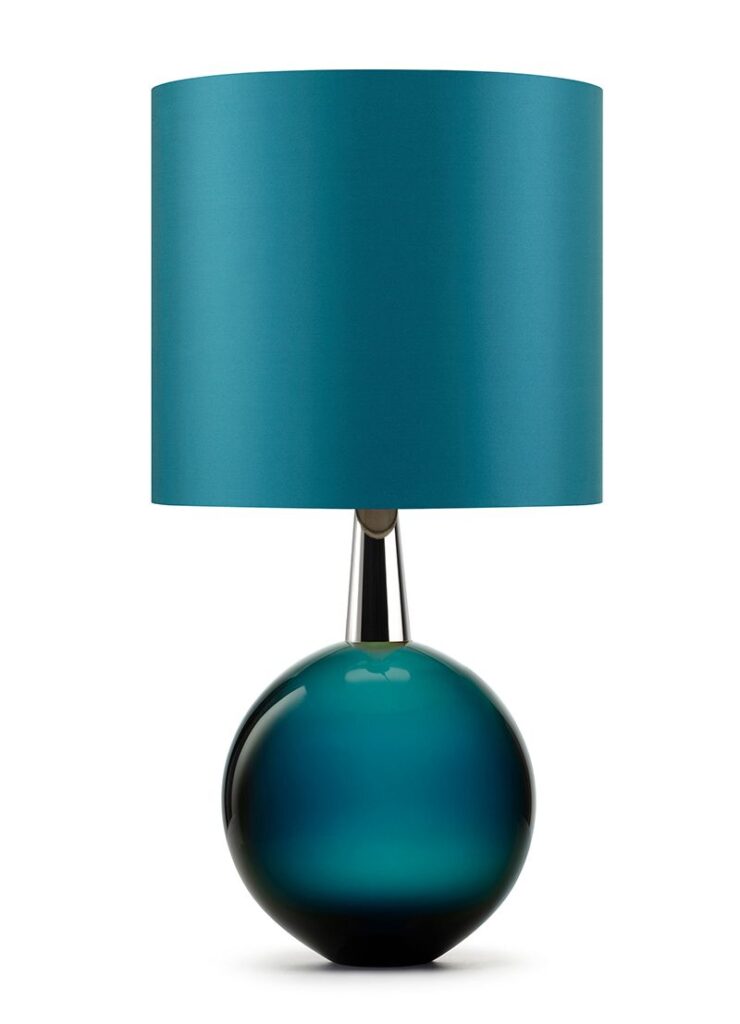 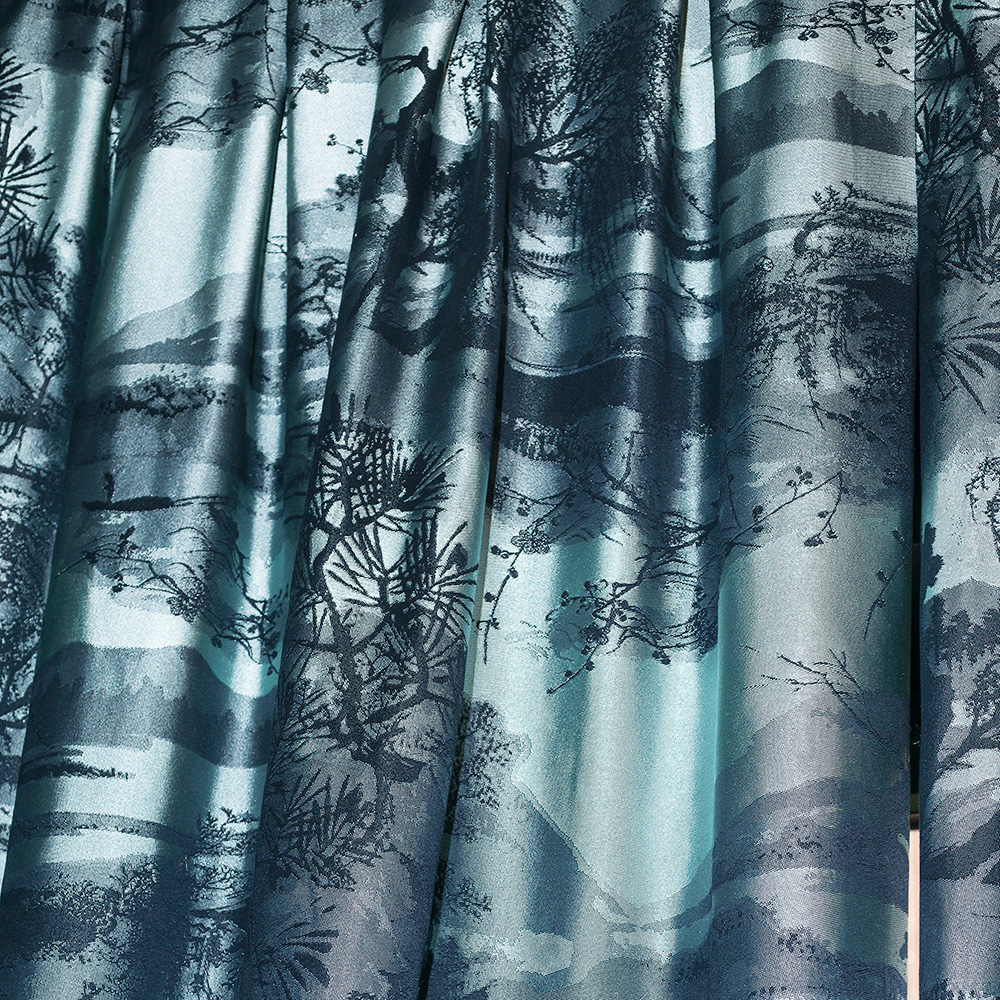 A Contre Jour by Dedar Milano 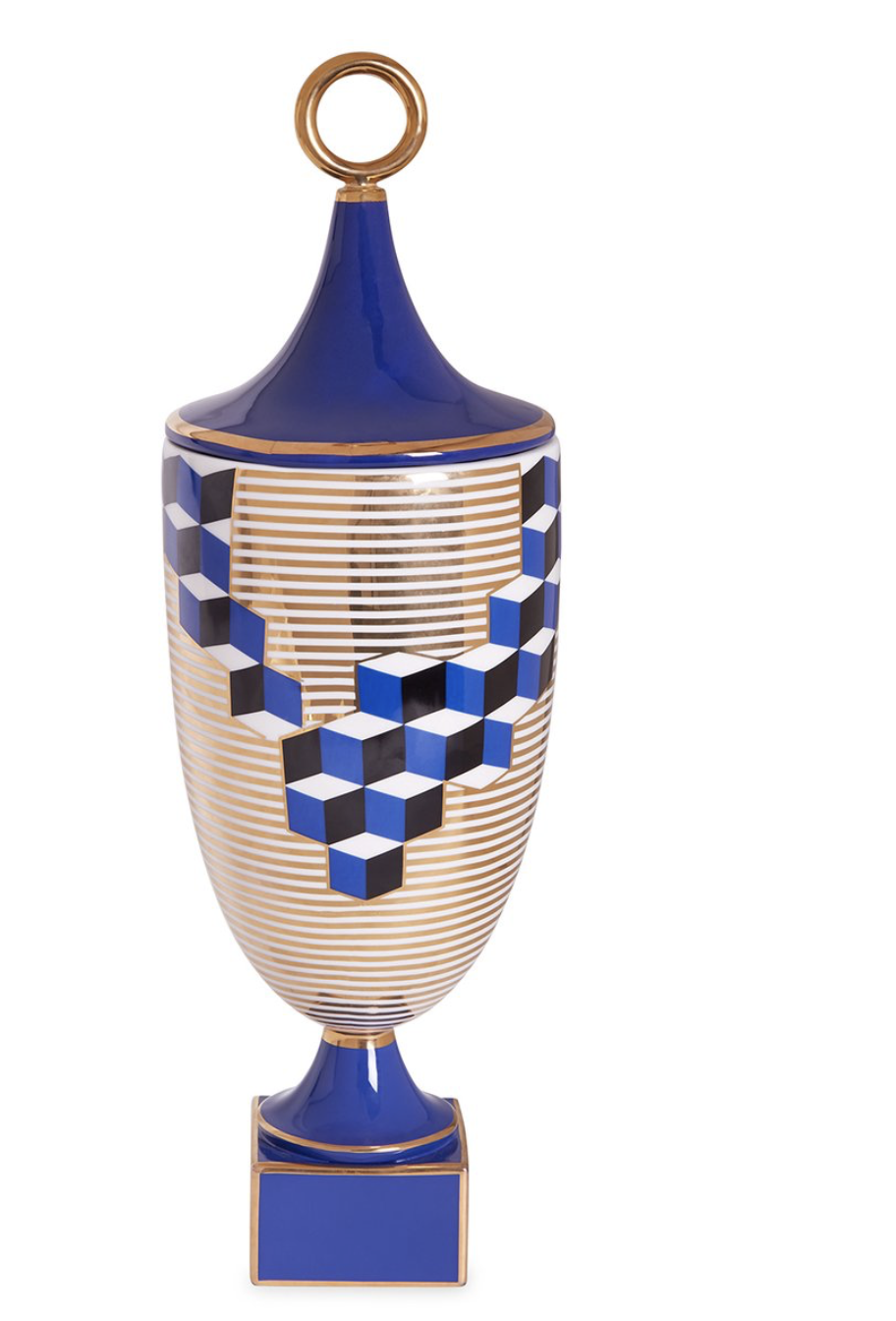 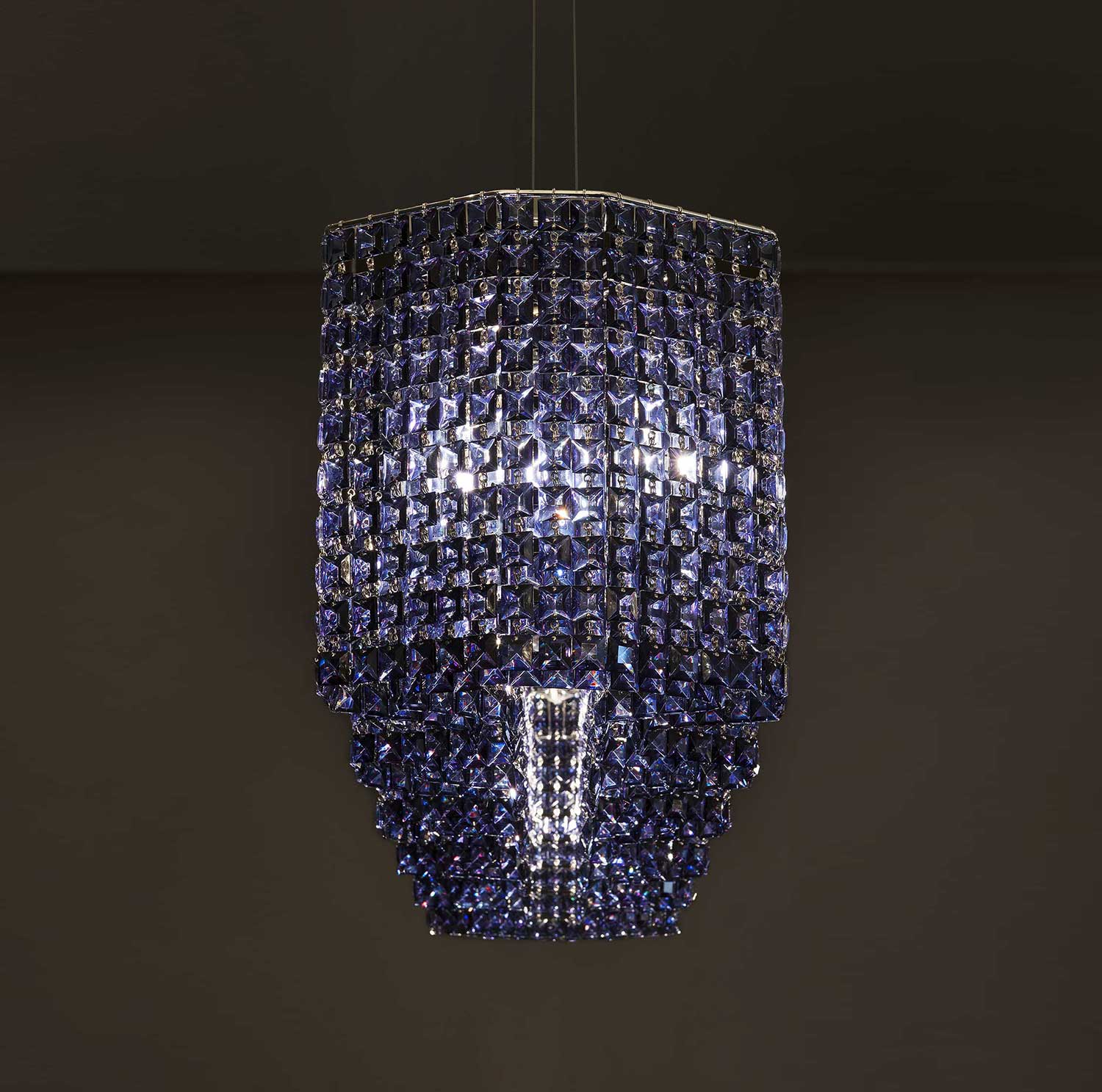 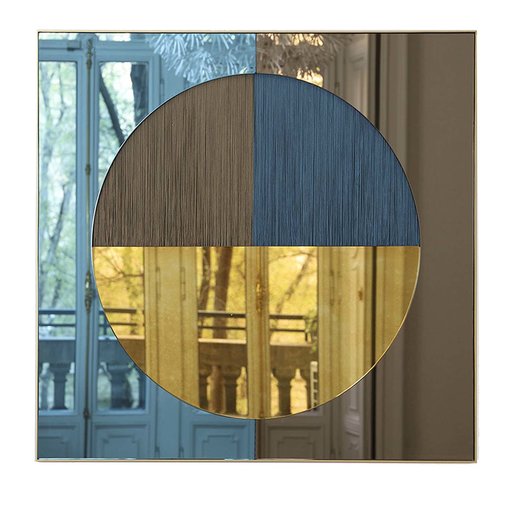 Couture Round Wall Mirror designed by Lorenza Bozzoli for Artemest