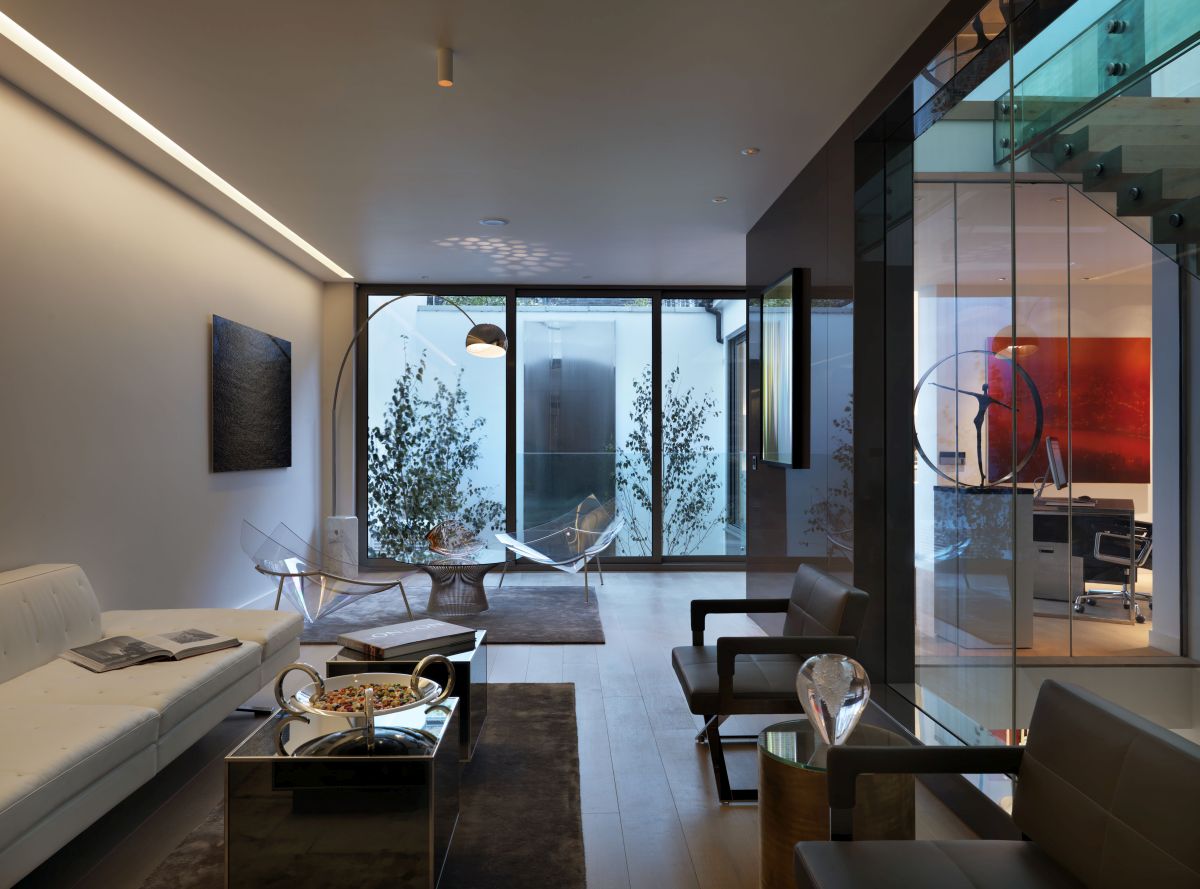 Specialising in all manner of property design, redesign and everything in between, Callender Howorth offers an unparalleled service in Central London. With a quality work that is nothing short of exceptional, Callender Howorth consistently exceeds the expectations of its clients in the most prestigious areas of Central London such as Knightsbridge, Marylebone and Belgravia. Our approachable and creative Central London Interior Designers would love to discuss your ideas for your home.

Callender Howorth’s Central London interior designers have extensive experience in interior design in and around London. We are fortunate to have worked on some of the city’s most stunning property renovations and redesigns. We worked on an amazing project in the heart of the city when we transformed a Mayfair mews house into our client’s ideal party pad. The whole property was completely gutted with a new interior created from scratch in order to create the illusion of space within its relatively small size. We created one grand master suite out of three pokey bedrooms on the top floor and used ultra sleek touches like coloured glass walls and contemporary art to add a ‘James Bond’ vibe. The overall effect is sophisticated yet fun.

We also brought a rather bland and uninspiring Knightsbridge penthouse back to life by installing contemporary fittings and our Central London interior designers worked their magic on a 5-storey family house in Kensington. In the latter case, the house hadn’t been updated for 30 years so we used lots of natural colours and soft light to create an airy and comfortable atmosphere. Our Central London interior designers also installed two guest suites, staff quarters, a gym and a wine cellar. Luxurious accessories, such as large chandelier on the main landing, were added to instill a sophisticated feel throughout.

Central London is famous for its iconic skyline. The architecture on display in London is some of the most historic and diverse in the world; it includes the legendary Houses of Parliament and Buckingham Palace through to the ultra-modern Shard and Gherkin. Westminster Palace (Houses of Parliament) is a grade I listed building built in the Gothic Revival style; it became part of a UNESCO World Heritage Site in 1987 along with the world-famous Big Ben.

Nearby Belgravia has long been home to prominent politicians and ambassadors due to its proximity to parliament and its buildings are appropriately resplendent. Its history dates back to the establishment of the Grosvenor Estate in 1677, and later generations of the family developed Eaton Square and the grand terrace of Wilton Crescent. To the west, the private residential garden of Lowndes Square is surrounded by some of the most exclusive properties in the world, many of them designed by George Basevi in the early nineteenth century and kept up to date by Central London interior designers today.

Elsewhere in Central London, museums and art galleries are works of art themselves, carefully designed with the utmost care and attention. The Victoria and Albert Museum (named after the famous monarch and her consort) was founded in 1852 and is one of the most famous examples of Victorian architecture. The museum has recently undergone a major £150m renovation programme with the help of Central London interior designers.

Are there museums and exhibitions in Central London?

As mentioned above, Central London has a huge array of museums and art galleries. The most famous museums are located in Kensington and include the Natural History Museum and Science Museum, which are both popular with kids and adults alike. The British Museum is set in Central London’s intellectual and academic area of Bloomsbury and is renowned for its comprehensive collection of antiquities. Right in the heart of Central London in Covent Garden, you can find The London Transport Museum, which covers all aspects of transport in the UK’s capital. The museum is a Central London interior designer’s dream come true, set in an iron and glass Grade II-listed flower market building. The National Gallery in Trafalgar Square holds some of the finest art collections in the world by international names such as Monet, Picasso and Rembrandt. Tate Britain holds the largest collection of British art in the world and Tate Modern shows contemporary art in a stunning building on the South Bank.

Restaurants, nightlife and things to do in Central London

Central London is one of the best places on the planet to find international cuisine and upmarket eateries. Gordon Ramsay’s two-Michelin-star restaurant Petrus leads the way in modern French cuisine, followed by Michelin-starred Indian restaurant Amaya, and the swanky, multi-level space Kouzou which specialises in Japanese food. Traditional Scottish fare can be found in Boisdale of Belgravia, which also offers meals accompanied by live jazz and an upstairs cigar bar. Celebrity chef Heston Blumenthal offers something a little more experimental at the Mandarin Oriental – a 2-Michelin star menu inspired by 15th and 16th-century dishes. The Orange Public House and Hotel in Pimlico is one of the best for tasty gastro pub meals. Those who love shopping and dining will love the Central London interior designers’ paradise of Harrods with its chic restaurants and nearby Harvey Nichols elegant Fifth Floor restaurant. There is a direct rail connection through Central London with Harpenden, Hertfordshire, in case you are tired of glamorous London life and want to spend a few days in the countryside.

Why would you want to live there? Which famous people live in Central London?

Central London is an understandably popular place to live. There are countless opportunities for rest and relaxation, as well as job opportunities and a vibrant cultural life. Unlike many other modern cities, London has plenty of large open spaces for families and Hyde Park and adjoining Kensington Gardens together comprise one of the city’s largest and most attractive open spaces. The other Royal Parks of Central London include St James’s Park and Green Park which are close to Buckingham Palace and the large open space of Regent’s Park which is ideal for sports activities. There are a number of high-quality schools of all denominations and suitable for various ages and genders such as St Benedict’s School, Westminster School and Eaton Square School among hundreds of others. London has always attracted notable people and celebrities; more recent famous residents have included Gwyneth Paltrow, Tim Burton and Helena Bonham Carter whose homes have probably had some inspirational work done by Central London interior designers.

Please contact our Central London interior design team for help with your project. We are more than happy to come to you to discuss your requirements.