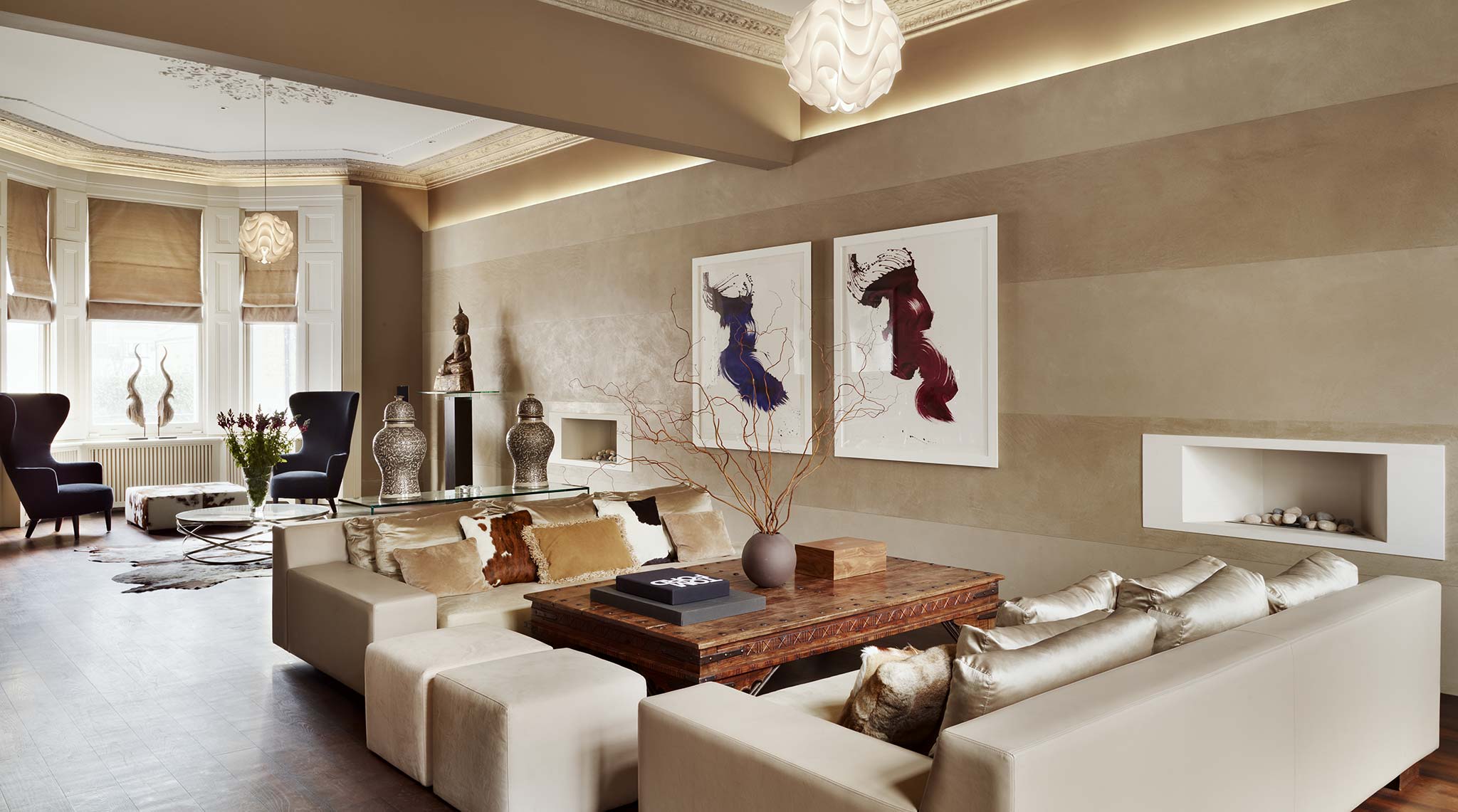 Callender Howorth is an award-winning, luxury interior design agency offering interior architecture services in Cobham, London, and internationally. With a reputation as one of the finest providers of interior architecture and renovation services in the UK and Europe, we are leaders in our field and possess an extraordinary, eclectic portfolio of past projects. For the past 20 years, we have been surpassing our clients’ high expectations by providing them with a creative, artistic approach coupled with our superior organisation and professionalism. Our passionate team has built and maintained an exemplary reputation in the interior architecture business, with both commercial and residential clients.

What Projects Has Callender Howorth Undertaken in Cobham?

We recently completed a residential project on a Victorian house near Cobham. Our clients have a young family and wanted us to revamp the 80s decor into something modern and enduring. In order to do this, we went back to the drawing board and gutted the house, in order to transform it into an altogether new and different space – a functional family home.

Historic Buildings of Interest in Cobham

The town of Cobham in Kent is home to Cobham Hall. Now a Grade II listed building, the spectacular example of Cobham architecture began life in the 12th-century and has two Tudor wings which were constructed later, in the 16th century, for the 10th Baron of Cobham. The grand, gothic building has featured in a number of commercial films and television programmes, including Agent Cody Banks 2, Wild Child and a recent adaptation of Bleak House. Since the 1960s, it has been established as a prestigious international day and boarding school for girls aged eleven to eighteen.

Cobham Hall may be the most well known due to its on-screen presence, however, there are a great number of historic buildings of interest in Cobham and the surrounding areas, which are now grade I and II listed buildings. Now cared for by the National Trust, Cobham Wood and the restored 18th-century Mausoleum are also valuable to the area.

One of the top attractions to visit in Cobham itself is Painshill Park. This award-winning, beautiful 19th-century landscape garden spans some 158 acres and is home to some precious British wildlife. It’s an idyllic place to walk and picnic, and tea rooms and gift shop are also available to visit on the site. The Brooklands motor and aviation museum is also a popular attraction for local residents and visitors to the area. It’s at the site of an ex-motor racing circuit  – the world’s first purpose-built track of its kind – which was commissioned by Hugh Fortescue Locke King, and first opened in 1907. The Museum is now home to the Concorde G-BBDG, one of its most significant exhibits, which has been opened to the public since 2006 after extensive restoration. It’s a real must-visit for petrol heads, aviation fanatics and history enthusiasts.

Eating Out and Shopping in Cobham

Cobham is in some respects your typical, charming Surrey town. Cobham town centre is home to lots of upmarket shops, pubs, and places to eat. It has a lively, community atmosphere and is the perfect destination for quality clothing and gifts. For foodies, there are a number of excellent eating establishments which won’t disappoint. Amongst the most luxurious are The Clock House, the 1907 Restaurant and The Oak Room Restaurant, which all serve fine food in a fine setting (something which is of very high importance to us as luxury interior architects!).

Surrey is a known hotspot for celebrity spotting, and Cobham is no exception. On top of this though, it has a rich history of notable people who came from the area, including famous composers, artists, photographers, and poets. Elmbridge, the Borough in which Cobham is contained, has also been humorously dubbed the “UK’s Beverly Hills”, and was listed by the Daily Mail as the best place to live in Britain – a glowing endorsement indeed.